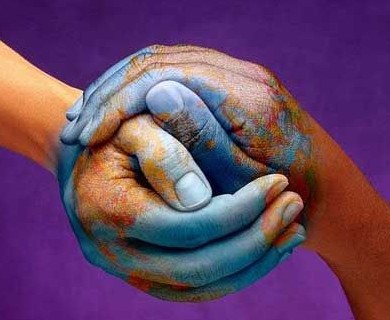 By: Samuel A. Nigro


So you think you know something about economics. In undergraduate school, I deviated from my pre-medical studies for a course in economics. With another grade like that, I would not get into medical school! Since then, I have not thought anybody knew anything understandable about economics - until this book. Michael D. Greaney, Director of Research at the Center for Economic and Social Justice, has done the world a favor with these nine essays about the Natural Law perspective on economics and social justice. Because of this book, I believe I have been converted from an economidiot to a sometime student of economics aware of the basic concepts necessary for an economic system in concert with genuine justice to operate.

First, I learned of “the slavery of the living wage” or how propertyless workers are virtual slaves in a state of “permanent bondage”, and there is nothing “natural” about it (The idea of a natural slave is gone, but “virtual slave” is not) (Pg. 46). Permanent dependency-effective slavery of the average person-must be done away with by means of a fundamental change of thinking: Permanent dependency (propertylessness) as such is an affront to human dignity. This is because of the inalienable rights and duties by means of which all humans ordinarily acquire and develop the virtues that define us as specifically human, property is (with “life” and “liberty”) among the “top three.” Social justice, therefore, is the social virtue that requires everyone have equal access to the means of acquiring and possessing private property, or the social system is seriously flawed. When the system is flawed, people must organize and carry out “acts of social justice” with the goal not of providing people with what they should have had, had the system been operating properly, but of removing barriers to full participation in the economic common good so that all who wish to have the opportunity and access to the means of becoming owners of capital as well as labor.

Things - and the State and the collective are, ultimately, mere things - cannot have the capacity for virtue of any kind, in and of themselves. The capacity of virtue, whether individual or social, can only be intrinsic to natural persons (Pg. 54).

Social virtue ordinarily requires property of some form because “property” (which is not the thing owned, but the bundle of rights that accompany ownership that define how others relate to the owner with respect to the thing owned) empowers the owner, and is therefore the chief means by which people acquire and develop virtue. We might even go so far as to say that membership in a group (especially society itself) requires property, because property in large measure defines our social relationships and structures our institutional environment that we, as “political animals,” need to become more human. The living wage is at best a temporary expedient which often violates the dignity of the human person because it imposes dependency. Needed is not a “living wage” but a “living income” from individually and directly-owned productive assets, or we become effectively the property of others.

This was most succinctly put by economist Norman G. Kurland: “Own or be owned.” Secondly, of exhilarating interest, I learned about “the Just Third Way,” based on the “binary economics” of Louis Kelso (Pg. 67) which has four pillars:
(1) Free and open markets-prohibiting unfair competition and monopolies, and describing a condition of equal access to all to the market, not laissez faire “anything goes.”
(2) A limited economic role for the state-to provide a “level playing field” by enforcing contracts, protecting property, punishing fraud, and ensuring equal access to the means to participate in the economic process and common good. (3) The restoration of private property-every person has a universal, absolute and inalienable right to become an owner, and the socially limited right to the exclusive use of a thing owned as long as others and the common good are not harmed.
And (4) Expanded capital ownership-made possible by democratically available bank provided “pure credit” for financially feasible projects, collateralized with capital credit insurance instead of existing savings. (Pg. 67-88). Overall, the goal is for all persons who wish to do so to have an adequate stake of income-generating assets.

Only distributism made possible by modern methods of corporate finance reformed by applying the principles of binary economics give people property sufficient to earn a “living income.” Reforming the system to make acquisition of private property by all possible is the concern of social justice and this depends upon knowing what “property” really is: Property is not a thing but the rights that you, the owner, have to and over a thing.

“Property” is a human right that a human person has to and over a thing; “property” is not the rights that a thing has to or over people or other things. Since “property” is defined as things contradistinguished from “persons,” the definition of person is clarified economically and legally as that which has rights over “things” (over “objects of dominion or property”) (Pg. 229). Thus, the right to property is intrinsic to being a person, and that implies the rights of property, as well as the right to sell your labor and derive income from ownership of capital.

A final to be mentioned concept learned (there are many more in the book) was the function of subsidiarity-“Mother, I’d rather do it myself!” Subsidiarity is made clear in terms of property and personhood in that the person is connected directly to and empowered with ownership of the means of production by having shares in the enterprise in which one is working.

Dependency is less, and a man becomes an “independent other” in the economic sense hopefully supplemented by freedom based independence in all other especially political and religious spheres. Resulting will be “a living income” (Pg 282) - which goes beyond the virtual slavery of permanent dependency on an unstable and insecure living wage. Economic subsidiarity for the person with rights to property enables freedom, as the quote from the early 19th century English commentator William Cobbett makes clear:
Freedom is not and empty sound; it is not an abstract idea; it is not a thing that nobody can feel. It means-and it means nothing else,—the full and quiet enjoyment of your own property. If you have not this, if this be not well secured to you, you may call yourself what you will, but you are a slave (Pg. 284).

Basically all should have a life such that each is his “own boss” in most things. A note on restructuring society in these directions is offered in a brief extract from the thought of the late Reverend William J. Ferree, S.M.,Ph.D.:
The favorite “social technique” of our own time is the “peaceful” demonstration, especially when media coverage is likely or can be arranged. Subsidiary aspects of the demonstration are boycotts, sit-ins, organized lobbying pressures, single-issue “advocacy” and then-crossing an invisible line which is hard to define and harder still to hold-civil disobedience, violent demonstrations, and, ultimately, terrorism! (page 285).

In the final analysis, this book enables not necessarily the grasp of the meaning of all the figures and numbers which copiously flow from economists, but it enables one to be able to conceptualize these numbers and their impact in a way which helps clarify and promotes human dignity and the management of property in the context of justice and natural law.