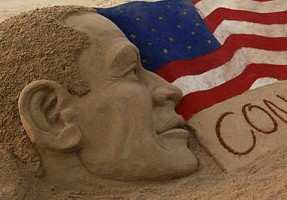 What barrier to break next? Now that race has finally become irrelevant, nationalism and religion loom large. How to reconcile nationalities and ethnicities? How to achieve peace between religions? Not ‘tolerance’, but ‘peace’. Tolerance is like saying: ‘The Muslim errs in good faith’. It means you believe he is wrong, but you will - perhaps with gritted teeth - tolerate his wrong thinking, because you start from his good faith. 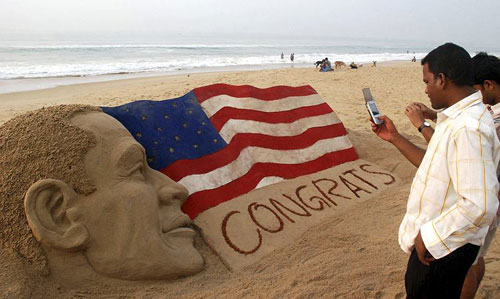 Tolerance is the first step, but it is not peace. The second step is respect. You still believe the other to be wrong, but you admire his faith and the way he practices it. From respect flows the third step, i.e. genuine peace. You are no longer interested in right or wrong. You accept the other’s faith and thinking in its own terms. And even though you may think differently, trust has been established. Differences will no longer lead to bitter controversy.

Talking about tolerance. The Baha’i faith maintains that a man called Baha’u'llah, living in the 19th century, was the latest prophet, the second coming of Christ. It takes tolerance for Muslims and Christians to allow Baha’i's to freely believe and proclaim this, to let them ‘err in good faith’. For Muslims claim that Muhammad was the last Prophet and that Baha’u'llah, therefore, is an impostor and blasphemer.

Christians are still expecting the second coming of Christ and therefore reject Baha’u'llah’s claims. Jews reject both the Muslim and the Christian claims. So it will be clear that tolerance is called for. Baha’i's themselves respect Jesus, Muhammad and Moses and claim that all three were prophets, each giving important social and religious teachings for their times. But they believe that revelation evolves progressively and that Baha’u'llah was the latest (not necessarily the last) of a series of prophets and that there are many more to come as mankind evolves.

Many Baha’í‘s have been persecuted and killed for their belief, especially in Islamic countries, as the Baha’i religion is seen as blasphemous of Muhammad by many Muslims. But what do Baha’i's actually believe? It can be summed up in the following ten simple statements: 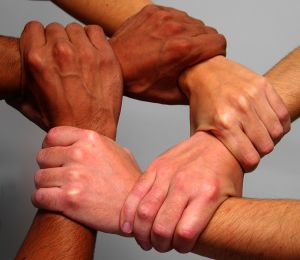 It may be difficult for Christians and Muslims to be tolerant of Baha’u'llah’s claim to be the second coming of Christ. But how can anyone in his right mind not respect these ten basic statements? In fact, if we want peace, we desperately need these Baha’i beliefs. Our daily video, made by a group of teenagers, makes it plain and simple why the Baha’i approach is so sensible. Enjoy it and have a laugh at the same time.