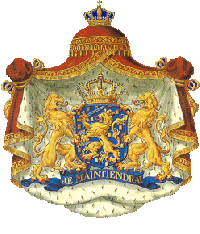 Source: The Daily Herald 280408
Dutch advisors made proposals last week regarding placement of the BES-Islands in the Charter of the Kingdom, division of territorial waters and the future judicial system for the BES-Islands (Bonaire, St. Eustatius and Saba) last.

Representatives of two of the three BES-islands met with a delegation of seven Dutch technocrats in the board room of the Princess Juliana International Airport in an “informative” meeting. No conclusions were taken on the matters because the BES-islands wanted legal minds to study especially the proposal on the placement in the charter of the Kingdom.

Commissioner Chris Johnson and Advisor Will Johnson who were present represented Saba, and Commissioner Burney Elhage attended for Saba. Representatives for St. Eustatius did not attend the meeting.

Johnson told The Daily Herald that besides making a special provision for the BES- islands in article 1 of the Charter of the Kingdom, it’s also possible for the BES-islands to fall under article 134 of the Dutch constitution which regulates public entities. “It’s hard to say what the preference of the islands will be. It all depends on the process of dismantling the Netherlands Antilles. One option will mean that we will remain part of the Netherlands Antilles until the Antilles does not exist anymore, while the other will mean that we will leave the Antilles as soon as the BES-islands can obtain their new status”, Johnson said.

Territorial waters OK, but whose waters?

The islands also received information about the future judicial system for the BES-islands such as the constituency of the police force, prosecutor’s office, prison and maintenance of law and order. Johnson said that becoming a public entity would mean that the police will fall entirely under the Dutch Police Force. However, matters such as prison cell capacity will have to be discussed with other Kingdom partners on making capacity available for the BES Islands.

Acceptable is not equal

Once again we feel compelled to warn the Saba people (or rather the BES-people) that Holland is proposing to place the BES-islands in the Kingdom Charter.

This is not a benign proposal. The intention behind it is to lay the groundwork for an ‘acceptable’ social/economic level instead of an equal level (equality between BES-citizens and citizens in Holland).

Some people may think: ‘So what?
We’ ve been in the Kingdom Charter for 50 years’ .

The truth is we were not satisfied with the Antilles. We were unhappy about the way Curaçao ran the show and with low wages/pensions, problems with health care and insufficient funding for government projects in general (including education). That’s why we voted for the dismantlement of the Antilles. And that’s why we (i.e. BES) asked Holland to back us.

Everything is possible. St. Kitts is an ‘independent’ country (selling its UN-vote to the highest bidder, showing how independent it really is). So if St. Kitts can do it, why couldn’t Saba, or Bonaire or Statia do it?

Of course, we could seek association with Holland (like Curaçao and SXM), instead of integration into Holland. But in fact we have already signed the Final Declaration (‘Slotverklaring’), which is based on integration. Integration goes hand in hand with equality. There is no sane reason why we should except anything less. Of course, equalization is a process and takes time. That’s OK, but we’re talking about the principle of equality here.

Why seek autonomy and association? Why seek a lower ‘acceptable level’, whereas an equal social/economic level For whom? To enable the Johnson family to rule Saba for ever? Saba has